Eddie Bruce’s great band, now known as The Eddie Bruce Experience since joining the BVTLive team, is a Philadelphia Institution. Performing for thousands of wonderful parties and galas for over 35 years, this Philadelphia based wedding and dance band has pleased audiences of all ages and backgrounds. Eddie Bruce and his band have performed at almost every major Gala in the area, including The World Premiere opening of the Kimmel Center, the renowned Academy Ball as well as the Rittenhouse Ball on the Square. This versatile ensemble is able to move from musical genre to genre with ease from the society two-beat to the most contemporary Top 40 with great authenticity.

A Top Wedding Band in Philadelphia

A concert artist as well, Eddie made his debut with the Philly Pops in October of 2018. Eddie Bruce is a natural performer – he always has been! Ask Michael Feinstein who is a musical icon in the musical theater scene of New York, “Eddie Bruce has a wonderful voice. And, his stage presence, tone and breath control are just as good.” 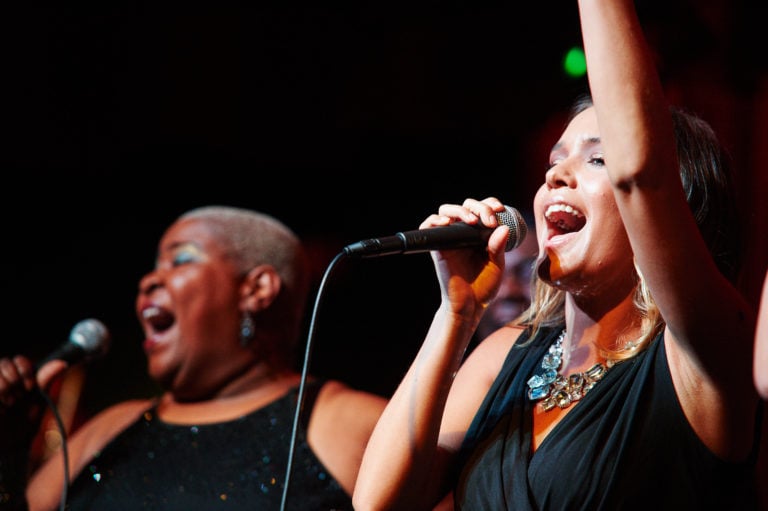 The Eddie Bruce Experience band, is as experienced and talented as should be expected meeting Eddie’s highest standards. Together with unmatched musical abilities and a high energy that always gets the dance floor packed, you will not be disapointed. Eddie’s long time lead female vocalist, Charlene, is also an accomplished performer, with experience performing with multiple national acts. Eddie and Charlene are joined by Cibon and David who together with their enrapturing voices bring a fun and youthful high energy to every performance. This front line of dynamic performers enables the band to cover songs from Sinatra to all of the latest hits. Eddie and his band have a strong commitment to supporting the community, Eddie was proud to receive the Lifetime Achievement Award from Variety – the Children’s Charity for his extraordinary work with children who have disabilities. For four years he produced, hosted and performed in The Kids with Heart Talent Show, making the kids the real stars of the event. In 2012, he produced and starred in another fundraising event – A Tribute to Tony Bennett in Words & Music, a Literary Music Event with Bennett biographer David Evanier and WRTI’s jazz icon Bob Perkins. Benefitting the Center for Literacy, it took place at Philadelphia Theatre Company’s Suzanne Roberts Theatre and surpassed all their fundraising goals. Other charities supported include The Eagles Fly For Leukemia, the Jewish Federation of Greater Philadelphia, Golden Slipper, The Breast Health Institute and The Chef Aid Gala for Manna among many others.

As part of the BVTLive team, The Eddie Bruce Experience looks forward to making your event, be it a wedding, gala or corporate event a high energy multi-dimensional party!!

Eddie Bruce is the absolute best! Seriously you can not get a better band!